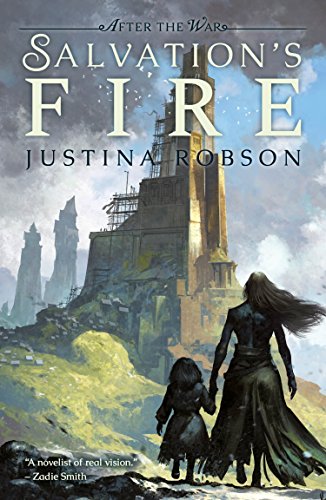 It’s not Hell. It’s more of a non-physical plane full of disintegrating ghosts and elemental beings, but I digress.

Now that Redemption’s Blade by Adrian Tchaikovsky is launched, my book will soon follow. Huzzah! Adrian’s book is super fantastic fun and I recommend it without reservation. Over on his blog Adrian has done a casting call for Redemption’s Blade so I thought I’d follow suit and do a fantasy cast for Salvation’s Fire.

“The Tzarkomen necromancers sacrificed a thousand women to create a Bride for the Kinslayer so he would spare them in the war. But the Kinslayer is dead and now the creation intended to ensure his eternal rule lies abandoned by its makers in the last place in the world that anyone would look for it.

Which doesn’t prevent someone finding her by accident.

Will the Bride return the gods to the world or will she bring the end of days? It all depends on the one who found her, Kula, a broken-hearted little girl with nothing left to lose.”

I’m keeping the casting of characters he created (Celestaine, Nedlam, Heno, Ralas, The Undefeated) and about whom I also wrote. You can click on the link text above to see those. But here’s the casting for characters I add to the mix in Salvation’s Fire. As before, if you have better ideas for who could fill the roles in the stories please don’t hesitate to re-cast it and let us know in the comments!

Marsai Martin as Kula. (Well, Marsai is too tall and grown-up now for this role, but I so loved her as Diane in Black-ish that I’ve picked her. If you know of the ‘new’ Marsai Martin, aged about 9,then it would be that actress). (photo: Martina Tolot)